"Given the difficulties of the military task, the lack of any sustainable basis for security under these tactics, and the need for the European powers for a potential buffer zone, the Israeli hope for a quick Hezbollah-destroying offensive looks increasingly bogged down. U.S. interests in the Middle East are equally not served by alienating every Arab or Muslim ally, including Maliki, in a war of attrition that will not accomplish the only worthwhile purpose: serious stability and border security... There will come a time when the destruction of Southern Lebanon and the inability to remove Hezbollah by force will demand either re-occupation of Southern Lebanon by Israel, or an international force. Time is running out for the former option. Given our other urgent task in the Middle East - finding a way to prevent Iraq descending into all-out civil war - involving allies in the fight against Hezbollah is increasingly vital. A cease-fire is needed, sooner rather than later." 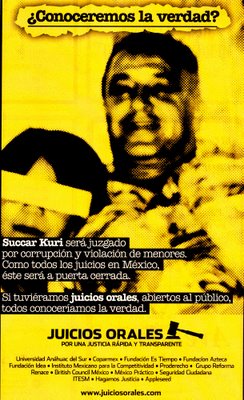 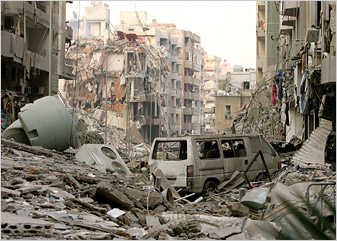 What is the matrix?

What is the matrix?, originally uploaded by t-mix.
Publicadas por Citius64 a la/s 9:37 a. m. No hay comentarios.: